ONCE UPON A TOMORROW

Pierrot spends his life counting. His life is upside down. He is obsessed with the passage of time and haunted by the death of his mother. His mother, his father, a huge house isolated from the rest of the village, Elise his only friend and a lonely hideout at the top of the cliff: this is Pierrot’s world in a nutshell. But Pierrot is elsewhere, locked away in his own world. Beyond the mirror, reality becomes distorted. Before his gaze, old age takes on a thousand faces. He is plagued by visions more and more frequently; they turn into hallucinations. Old age is everywhere, all around him, within him.

more about: Once upon a tomorrow

The European adventure Black to the Moon 3D

Encounter with François Cohen-Séat, French coproducer and distributor via Art’mell of the animated 3D film Black to the Moon 3D

The two sides of the industry

The current dominance and full momentum of commercial cinema is apparent today, as 12 new releases hit French cinemas, including five that are monopolising screens: three US productions (Lions for... 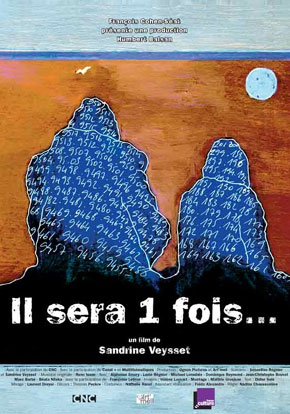