The strange investigation by Simon, a psychologist working in Human Resources for the Parisian subsidiary of a German multinational. Specialist in role play, motivational seminars and evaluation aimed at restructuring, Simon is asked by the director of the subsidiary Karl Rose, a liberal through and through, to investigate Mathias Jüst, a director general who is suspected of being mentally unstable. Weighing up a possible power struggle between the two men, the psychologist will, bit by bit, uncover a culture of denouncement and surveillance. Resembling the elements of an enigmatic puzzle bringing back the horrors of the nazi period, Simon will discover worrying links between the nazis methods and those of the personal departments in modern big business.

Shellac branches out into international sales

The distributor is selling the Venice-selected The Night I Swam as well as The Lion Sleeps Tonight, in competition at San Sebastián

The Mediterranean city will host the 27th edition of its film festival, open to all forms of cinema, from 12-18 July

Hansen-Love, Klotz and Ameur-Zaimèche in competition at Locarno

The arrival last year of Olivier Père (photo), the former Cannes Directors’ Fortnight selector, as artistic director of the Locarno International Film Festival seems to be a pulling point for...

From Finland to Belleville, Buch says Let My People Go!

The last week of shooting is underway in Paris on Mikael Buch’s debut feature: Let My People Go!. This comedy, co-written by the director and Christophe Honoré, travels from Finland to the...

The UK Film Council’s P&A Fund has awarded £210,00 to Pathé towards the distribution of Noel Clarke’s Adulthood. Lionsgate UK received £200,000 for John Maybury’s The Edge of Love. After the...

Today marks the opening of the 13th edition of the Rendez-Vous with French Cinema, which will screen 15 French features in US avant-premieres until March 9 at the Walter Reade Theatre and the IFC... 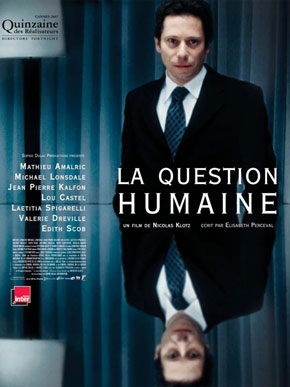