Filippo Costa, a young tax policeman of modest social origins nurtures enormous ambition which isolates him from his colleagues and his background. He initially aspires to climbing the ladder of the career he has chosen for himself, however, when he comes face to face with corruption he realises that he can set his sights much higher. In his unstoppable social climbing, he is helped by Caterina, a woman who is older than him, beautiful, cultured, elegant, very wealthy and very much in love. Thanks to her, Filippo rubs shoulders with many high-powered financiers and so begins his ascent of the prestigious, social and financial ladder. To avoid being crushed by the cynical rules of that world, Filippo is forced to abandon all trace of human or moral scruple.

Marion Vernoux is back with Les beaux jours

Fanny Ardant, Laurent Lafitte, and Patrick Chesnay are in the cast of the director’s new film, now shooting, and to be distributed and sold by Le Pacte

The ninth edition of the independent festival of the Venice International Film Festival will take place from the 30th of August to eh 8th of September, presenting 30 films as worldwide premieres

French international sales companies have been confirming their interest for productions from neighbouring countries, with TF1 International adding Miracle at St. Anna by US director Spike Lee to...

Molaioli takes on the Simpsons

The films released contemporaneously with the Venice Film Festival (Vincenzo Marra’s L’ora di punta, Andrea Porporati’s Il dolce e l’amaro and Sympathy for the Lobster by Sabina Guzzanti) could do...

Currently very busy at the informal market at the Toronto Film Festival (September 9-15), French sales outfit Films Distribution, which has announced the selection on its line-up of Belgian/Dutch...

A copious contingent of 33 French majority (co-)productions will screen at the 32nd Toronto Film Festival (September 6-September 15). The Canadian event will give pride of place to Alain Corneau’s...

With 26 films programmed in the various sidebar sections of the 64th Venice Film Festival, which kicked off yesterday, the 14 French international sales agents on the Lido are already leaving... 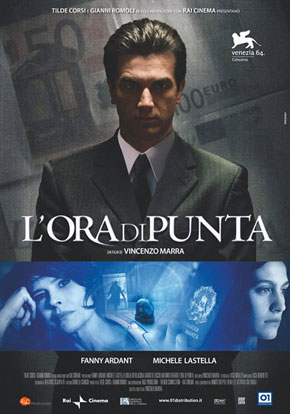