This is the story of five French women involved in the resistance movement during the Second World War. Their mission involves the exfiltration of a British secret agent who falls into the hands of the Germans just before the Normandy Landings. These five women, who are far from heroic, become heroines.

This detective comedy to star François Damiens and Géraldine Nakache, produced by Diaphana and co-produced by the Dardenne brothers, is to start shooting in November.

There was a sharp downturn for French film abroad in 2009, with 66m admissions according to estimates by Unifrance, representing a 22% decline compared to the record year 2008 (84.2m viewers)....

Kicking off today in Budapest is the 13th French Film Festival, which is organised by Unifrance and will run until April 19. The event will then continue until April 26 in eight provincial...

Public Enemy number one among nominees

With 10 nominations, Jean-François Richet’s Public Enemy Number One dominates the list of nominees for the 2009 Césars, to be awarded on February 27. Next in line are Arnaud Desplechin’s A...

Over a year after its world premiere at the Venice Film Festival, João Canijo's latest film Misbegotten finally hits local screens today, after several postponements. After Dark Night (2004), the...

The 9th French Film Party kicks off tonight in Lisbon with the screening of Jean-Paul Salomé's Female Agents. It is the first day of an entire month dedicated to the diversity of recent French... 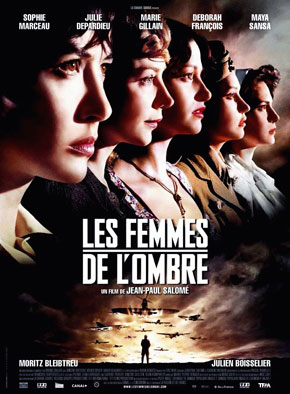