A journey through Italy marked by the rhythmic sound of the long distance express trains, as the run along the track, and which have long been allowed to degrade. Outside the dirty, steamed up windows, landscapes flash past, at times marred by the intervention of Man, at times intact and overwhelmingly beautiful. Inside, the passing of time is marked only by the variations of light which illuminate the narrow corridors and the many different, often tired faces they contain. Enclosed in a space which is terrain of encounters and solitude, the life of the traveller seems to be suspended in a dimension which is outside existence, and where everything still seems possible, permanently strung between the past and the future, what has been and what will be.

more about: Crossing the Line

The festival is celebrating the work of two well-known names from the world of documentary filmmaking: Italian director Pietro Marcello and his Mexican-Salvadorean colleague Tatiana Huezo Sánchez

Applause at the Berlinale welcomed the Best Film winner of this year’s Turin Film Festival, a docu-fiction on violence and love in a Genoa caught between the past and the present

The surprise film (for now) of the relatively understated Turin Film Festival is Italian. Screening in competition today is La Bocca del Lupo (“The Mouth of The Wolf”, from a novel by Gaspare...

Cinema as a tool to promote a territory’s landscapes, traditions and cultural identity is the strategy behind the Ischia Film Festival, an international film location market showcasing films that...

The future of arthouse cinema at Asti

Is arthouse cinema in crisis? The question is legitimate, especially in Italy, where the high number of recently flopped titles has led even successful distributors such as Valerio De Paolis to...

The first edition of Salina Doc Fest opened this morning with a greeting from Minister of Culture Francesco Rutelli. This new event of “cinema of the real”, hosted through September 23 on Salina...

As everyone waits for the Golden Lion to be announced, the parallel prizes were handed out at the Lido Casino, beginning with the FIPRESCI International Critics Prize, which goes to French film La...

Pietro Marcello's Il passaggio della linea (second Italian entry in the Horizons Doc section) takes us on board of the many express trains throughout the Italian peninsula. At night, those often...

The Venice International Film Festival is turning 75 and the programme, the last to be selected by Marco Müller, promises to rise to the celebratory occasion. The figures (57 features in official... 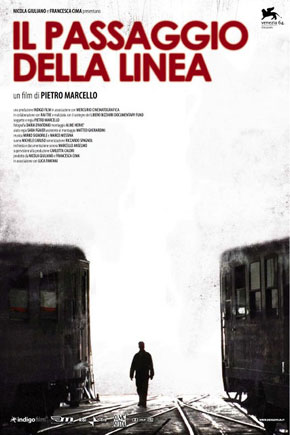