Saiva, a woman living under a curse, and Anja, her adopted daughter, are in a remote land far from civilization where she believes they will be safe. Saiva is the sole survivor of an indigenous tribe of reindeer herders slaughtered by a troop of marauding soldiers. After the massacre, Saiva leads the men to their death on a glacier avenging Ivar, the only man she ever loved. They struggle to survive, living off the scarce prey they can kill. One day a figure appears on the horizon and collapses. Despite her fears and doubts Saiva takes him in and nurses him back from the brink of death. Loki the fugitive, recovers and settles in with the two women as the snow arrives and the long winter nights close in. Saiva and Anja compete for his attention. As the passion between Loki and Anja deepens, they tell Saiva the heartbreaking news that they intend to leave her to start a new life together. She is devastated. As the sea begins to freeze over, Loki and Anja prepare for the long journey South to Loki’s village. Saiva retreats into a tense silence. At the moment the lovers are about to leave, she acts with terrifying and horrific consequences.

The cold of Far North descends on the Lido

Far North, the new film of London-born director Asif Kapadia was presented on the Lido as part of the Venezia notte midnight screenings. It is the director’s second film of a planned quartet...

The secret surrounding the shoot for Luc Besson’s thirteenth narrative feature, The Lady, was revealed yesterday by Thai sources. The film will centre on the life of Burma’s Aung San Suu Kyi,...

Téchiné coming out with The Girl on the Train

Studio Canal is today launching on several hundred screens the comedy Coco, directed by and starring Gad Elmaleh, who hopes to repeat the 3.8m admissions garnered by Chouchou in 2003. Meanwhile,...

Le Bureau with projects on the go

The Tromsö International Film Festival (TIFF), the biggest annual film festival in Norway – which attracts some 46,000 visitors each year and screens over 100 films – opens tomorrow with the world...

The Warrior, which won a brace of BAFTAs and the London Film Festival’s Sutherland Trophy in addition to numerous other awards for British director Asif Kapadia in 2001, was always going to be a...

The 18th British Film Festival unspools this evening in Dinard, Brittany. Opening the event is Ken Loach’s It’s a Free World… (Best Screenplay Award at Venice, see news and interview), which is... 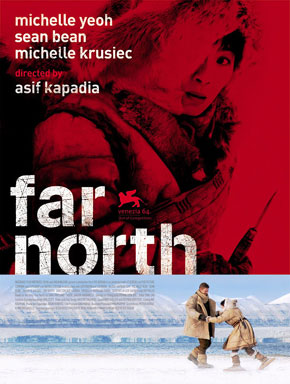