A man vanishes without a trace. His lover, a married, successful politician, discreetly contacts Private Investigator Varg Veum for assistance. Varg finds her lover murdered, and the politician's husband is arrested for the murder. However, Varg accuses the police of judicial murder, and gets involved in an international murder case branching out far beyond the Norwegian borders, with characters who would not shy away from any methods.

The Writing on the Wall (Skriften på veggen), the first feature film in the new Varg Veum series, will start filming next week with a stellar Danish/Norwegian cast that includes Nikolaj Lie Kaas...

Denmark’s Miso Film has teamed up with Norway’s Cinenord to produce another six Varg Veum films, following the success of the first feature adaptations of Gunnar Staalesen’s best-selling novels....

Tomorrow marks the opening of the 21st edition of the Nordic Film Festival in Rouen (March 5-16), an unmissable showcase of films that are still rarely distributed in French theatres. The... 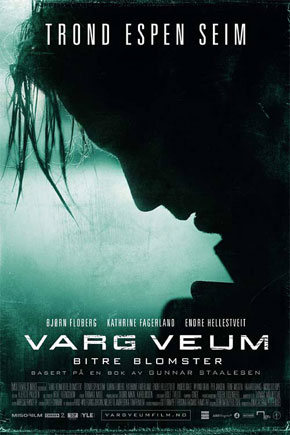