Years ago, when he was virtually still a child, Jack committed a terrible crime. He has spent almost all his life in different institutions. Now he is released from prison. He is twenty-four. Equipped with a new name and a job, he has to find his way – not only in the world of adults, but in a completely different life. His parole officer, Terry, is the only one who knows his real identity. Living under a false name is, on the one hand, a blessing and, on the other, a curse. Although he is desperate to make his new life work and to make the most of the second chance he has been given, he suffers because he is not able to tell the people he has met and learned to love anything about his past. Instead, he must keep the monstrous deed to himself.

more about: Boy A

Boy A: Crime and punishment, without redemption

"There are scenes you don’t rehearse, you just shoot, period. In that way you create the psychology and setting. Screenwriter Mark O' Rowe and I wrote very precise dialogue, working above all to...

Rufus Norris has commenced principal photography at UK locations for his feature debut Broken. The film is based on the eponymous novel by Daniel Clay and adapted for the screen by Mark O’Rowe...

Popular Danish filmmaker Ole Bornedal is back on Danish screens today with his new thriller Deliver Us from Evil, released on over 40 screens by SF Film. Based on Bornedal’s original script, the...

The Faits Divers (“Crime Stories”) TV dramas – launched by VTM and VAF in 2005 – keep spawning film versions. A look at the results for the latest features released in theatres shows why. During...

One is celebrating 50 years of filmmaking, the other has spent 40 years on film sets, but they had never worked together before: Claude Chabrol and Gérard Depardieu put an end to this state of...

Irish actors Cillian Murphy and Brendan Gleeson will star alongside British actor Jim Broadbent in Perrier’s Bounty. Ian Fitzgibbon (A Film With Me In It) will direct Mark O’Rowe’s (Boy A,...

Boy A triumphs at Dinard 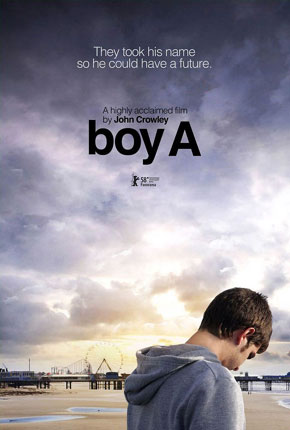