As Christmas draws near, Paolo, a successful professional, prepares to send his wife and son on a skiing vacation, so that he can spend quality time with Magda, his mistress. But a suicide attempt by his brother-in-law Felice, whose girlfriend has just let him, appears to ruin Paolo's plans. Ever the cynical opportunist, Paolo makes the most of his brother-in-law's pain, offering to go on vacation with him and help take his mind off his problems.

more about: Natale in Crociera

It is difficult to match two golden years such as 2006 and 2007, considered a true "renaissance", but Italian production remained steady in 2008, despite a drop in box office and admissions...

The European Audiovisual Observatory presented provisional data of 2003-2007 on the European film industry. According to the estimated figures, the number of films produced shows a slight increase...

After the first weekend of the year, which was still under the holiday influence, Leonardo Pieraccioni’s Una moglie bellissima overtook Christian De Sica vehicle Natale in Crociera, directed by...

Compared to last week, which offered a rich selection of enticing new releases (including Volker Schlöndorff’s latest film and festive titles Heidi and Peter and US release Bee Movie), national...

Sam Garbarski’s Irina Palm (see Focus), distributed by Teodora on only 30 screens, snagged tenth place at the Italian box office with €110,208, and fifth place with respect to per screen average...

At nearly 115,000 tonnes and 290 metres long, the location for Neri Parenti’s Natale in Crociera (“Christmas Cruise”) – the yearly comedy appointment with Christian De Sica and company – is also... 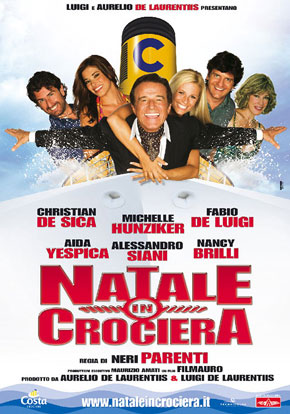 As In Heaven
by Tea Lindeburg
San Sebastián 2021 - Competition