Moshe is at his wit’s end. All of the modest projects he has been working on in New York just don’t do the trick any more. Twenty years ago, Moshe was a moderately successful novelist in Israel. Much to his disappointment his work did not find the acclaim he believed it deserved. And when his son was born he began to succumb to the feeling of being caught in a trap. Disappointed, he left the country for America in search of fame and fortune. He never gave a single thought to what he was leaving behind. Tzach is a soldier in an elite unit of the Israeli Army. He is a daredevil, who deliberately takes risks – as if there were some inner wound he needed to overcome. And then, one day, his mother dies, and the young man who grew up without a father discovers among his mother’s papers the address of the man who gave him life. All at once, the anger that has simmered inside during all those years breaks out, and Tzach decides to contact him.

The 25th Mons International Love Film Festival (February 13-20) has unveiled its abundant line-up. This anniversary edition will give pride of place to European discoveries, offering Belgian...

The German film industry has a very high profile at the 33rd Toronto International Film Festival (September 4-13) with a total of 36 (co)productions in the festival's various sections. Caroline...

Christophe van Rompaey’s Moscow, Belgium, shown at the Critics Week in Cannes (see the news), was a standout title for Bavaria Film International (BFI), who closed a handful of key territories...

The press was left somewhat cold at the end of the screening of Restless, a French/Belgian/Israeli/Canadian co-production by Amos Kollek (61), presented in official competition at the Berlinale....

Red carpet for Scorsese and the Stones

After a series of films on the blues and an Academy Award finally won last year for The Departed, US director Martin Scorsese is back with Shine a Light, a documentary on legendary rock band...

Low-key presence in the form of co-productions

Belgium is not very well represented this year at the Berlin Film Festival. Only two Flemish titles are majority Belgian productions: Nic Balthazar’s Ben X, screening in the Generation 14plus...

On Friday, eight titles were added to the list of 18 already in the Berlinale selection. The new additions include several European films. Among them is the French/German co-production Il y a...

Entre Chien et Loup will present two co-productions at Berlin: Teona Strugar Mitevska’s I Am from Titov Veles (see news) in the Panorama section and Amos Kollek’s Restless, whose inclusion in the...

The Berlinale competition line-up is taking shape. Nine more hopefuls (in addition to the five unveiled in December, see news) were announced yesterday and the selection is now two-thirds... 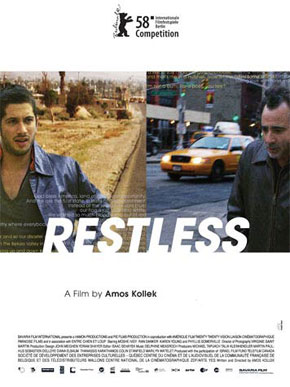