They had nicknamed him Sonetàula because every punch he received made “sonu 'e taula”, a wooden sound, as if it were coming from inside a coffin”, they recite from the book’s pages which describe a specific time ranging from the early 30’s to early 50’s, the unhappy period in the life of a young Sardinian shepherd who was forced into hiding.
Adapted from Giuseppe Fiori's book by the same name.

VENICE 2020: With his story of conflict between a father and son, Salvatore Mereu directs his most ambitious and complex film which brings out the best in its lead Gavino Ledda

The Prix EURIMAGES will be presented during the European Film Awards Ceremony in Berlin on Saturday, 12 December 2015

Alicia Scherson’s film, an Italian-Chilean coproduction with Germany and Spain was presented in its Italian sneak preview during the Rome Independent Film Festival. In theatres on June 6

The largest film festival in Norway, at the gateway to the Arctic Circle, the Tromsö International Film Festival (TIFF), opens today with the screening of Pål Jackman’s new film Shooting the Sun,...

Peter von Bagh is “surprised by the generosity of the Cinematheque of Bologna”. Von Bagh is the Finnish director Il cinema ritrovato (“Cinema rediscovered”), the event that for over 20 years has...

The nominations were announced yesterday for the Silver Ribbons, awarded by the National Film Journalists Union. Vying as directors of the Best Italian Film are Antonello Grimaldi (Quiet Chaos)...

Grande grosso e... Verdone, the comedy with which local hero Carlo Verdone returned to the characters that made his famous (see news), is off to an explosive start. Debuting at the top of the... 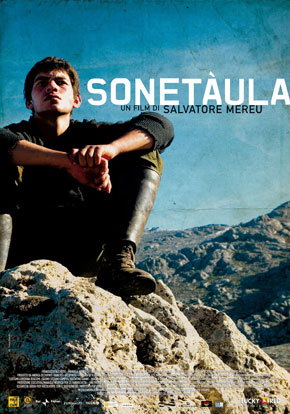