Santi is 16 years old and suffers from XP, a disease that makes him acutely sensitive to sunlight – a fact that doesn’t exactly make his or his mother Julia’s life in Barcelona easy. Santi longs to leave. Best of all would be to move to Laponia, because the sun seldom shines on this northern Swedish town, and so life there, he is convinced, would be so much more pleasant. But Julia just doesn’t have the kind of money that such a move involves. After a lengthy discussion with her son she decides to move somewhere else – Arrozas de Valdeon – a remote village in northern Spain that is rarely penetrated by the sun’s rays on account of the high mountains that surround it.

The 21st Exground Film Festival (November 14-23) – which is currently underway in Wiesbaden – has a Spanish flavour. Jordi Vidal’s Spanish film, Road Spain, set the tone by opening the event....

Four Spanish titles in a Berlinale paying tribute to Buñuel

It's the final countdown for the opening of the 58th Berlinale (February 7-17), at which Spanish cinema will be represented by four features, all out of competition, as well as a retrospective of... 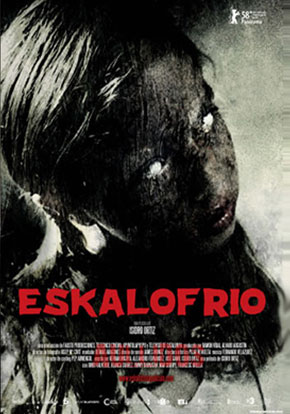