OTTO; OR, UP WITH DEAD PEOPLE

A young zombie named Otto appears on a remote highway. He has no idea where he came from or where he is going. After hitching a ride to Berlin and nesting in an abandoned amusement park, he begins to explore the city. Soon he is discovered by underground filmmaker Medea Yarn, who begins to make a documentary about him.

more about: Otto; or, Up with Dead People

Two films in Competition, but no Best Actor Leopard. Not that anyone was counting on it (least of all himself), but the fact remains that the true star here at the Locarno International Film...

The 19th Ljubljana International Film Festival ended on November 23 with Steve McQueen’s Hunger winning the Best Film Award. The competition consisted of first or second films, and included the...

German titles dominate the line-up for this first week of autumn, with five domestic productions, one Norwegian and three US films hitting screens. Among the new releases is Neele Vollmar’s... 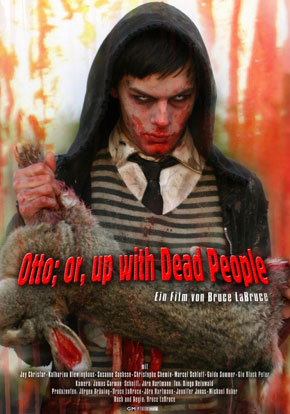