WELCOME TO THE STICKS

Philippe Abrams is director of the Salon-de-Provence post office. He is married to Julie, whose depressive personality makes life unbearable for him. To make her happy, Philippe commits fraud in order to obtain a transfer to the Côte d'Azur. But he is found out: he is transferred to Bergues, a little town in the North instead. For the Abrams family – Southerners full of prejudices – the North is an awful, cold region inhabited by uncivilised people who speak an incomprehensible language, known as "cheutimi". Philippe moves there alone. To his great surprise, he discovers a charming place, a friendly team and welcoming people. He makes friends with Antoine, the village postman and bell ringer, who has a possessive mother and whose love affairs are thwarted. When Philippe returns to Salon, Julie refuses to believe that he is enjoying himself in the North. She even thinks he is lying to her in order to make her feel better. To satisfy her and make life easier for himself, Philippe lets her believe that he is in fact living a life of hell in Bergues. From then onwards, his life becomes a comfortable lie...

more about: Welcome to the Sticks

Kad Merad, Fatsah Bouyahmed and Oulaya Amamra lead the cast of the French adaptation of The Distinguished Citizen, produced by Axel Films

Cineuropa talked to A Contracorriente Films' Eduardo Escudero about its catalogue, the situation of the Spanish market and the future of the sector after the pandemic

Basque director Kepa Sojo is winding up filming for this comedy of manners, very much an ensemble piece, about a Spanish village that wants to annex itself to prosperous Switzerland 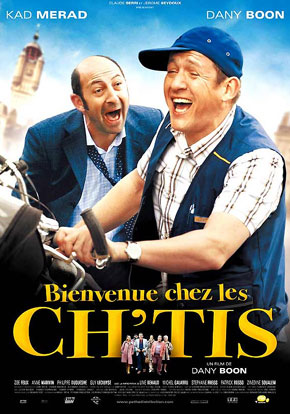