THE MAN WHO LOVED YNGVE

The Norwegian town of Stavanger is nice but it’s a bit of a monotonous place to live in, and the revolutionary end of the 1980s only reaches it through the television screen. For seventeen-year-old Jarle, the sole escape from the grey tedium is through the music of new wave bands, under the influence of which he and his friends form “the most hardcore punk band in Stavanger”. When a new student named Yngve starts school though, Jarle’s hitherto childish world is turned upside down: without even knowing how it happened, he finds himself choosing between the girl that everyone envies him for and a boy he doesn’t really even know that well.

more about: The Man who loved Yngve

Norwegian director Arild Andresen knows how to Handle with Care

After two Norwegian award-winning features, Andresen is working with the Netherlands and Denmark on his third – in Colombia

Endresen becomes consultant after 30 years with the company he founded

Kiss Me, You Fucking Moron to receive institute support

The Norwegian Film Institute is backing the production of two new features for children and young audiences, including Stian Kristiansen's, inspired by "his great passion for theatre and soccer"

On October 6, the German Culture Ministry and its minister Bernd Neumann granted their annual Distribution Awards, worth €75,000 each, to Munich-based company Movienet Film as well as Berlin-based...

NonStop goes Beyond the Border with Optimum

On the first day of the European Film Market (EFM), Scandinavian sales agent NonStop Sales has announced a deal with UK distributor Optimum Releasing on Swedish WW2 drama Beyond the Border...

Producer Yngve Sæther of Motlys Film, one of Norway’s leading production outfits, is at the Cannes Market to discuss with potential co-production partners the second feature film by talented...

The Norwegian Film Institute (NFI) has invested a total of NOK 55.1m (€6.7m) in five new features, including the latest projects by Pål Sletaune (Junk Mail), Jens Lien (The Bothersome Man) and... 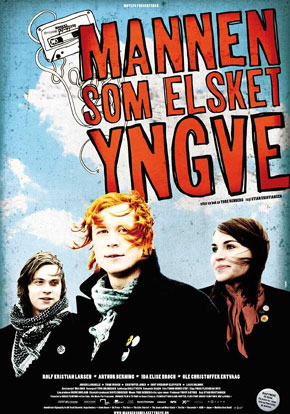