During a period of unrest and rebellion, in a farming province of African country, home of one of the rebel chiefs, Maria, an unshakable and brave white woman, refuses to abandon her coffee harvest and face up to the danger she is putting her family in. In her eyes, giving up is a sign of weakness and cowardice. On this plantation, which has already provided a living for three generations of white people, André, her former husband and father of their teenage son, fears Maria’s blindness, stubbornness and pride. Without her knowing, he decides to plan the family’s escape, their repatriation to France. André no longer believes in the value of coffee. He is remarried to a young African woman, who has born him a son, and is prepared to do anything for them. This includes betraying Maria by putting her destiny in the hands of the neighbouring village’s mayor whom he considers a friend, without understanding, without even imagining that the mayor is involved in the conflict...

In an example of festival paradoxes, last year, Claire Denis (a regular on the Lido) came to Venice with 35 Shots of Rum, which won great acclaim as one of her most accomplished films. Many, quite...

The movie will bring together Robert Pattinson, Patricia Arquette and Mia Goth in the cast; Arte will also co-produce films by Sergei Loznitsa, Yann Gonzalez and Grégoire Leprince-Ringuet 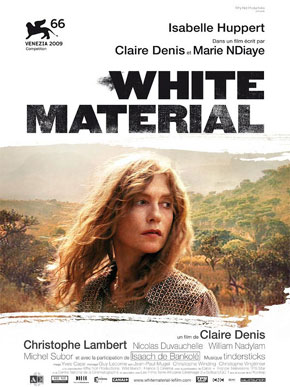