Six women, a grandfather, four girls and a young boy live in war ravaged and isolated village of Slavno. Their families and friends had been killed and their bodies had never been found. The first snow brings full isolation and risk for life in the village. It gets closer as villagers headed by Alma, a young stubborn woman who believes they can survive, tries to find their way out of poverty by selling plum jam and other fruits and vegetables their village is famous for on a deserted road. Two businessmen visit Slavno demanding residents to leave the village offering money in return. Villagers face a dilemma: should they accept the offer that could save their lives, but destroy their souls. A sudden storm traps the businessmen in Slavno, forcing t“hem to face a problem bigger than anything they expected – the truth!

Snow falls on the Croisette

Aida Begic’ debut feature Snow had its world premiere as part of the Critics’ Week at the Cannes Film Festival. Like her Sarajevo Film School classmate Jasmila Zbanic, who won the Berlin Golden...

In her fourth mosaic-like feature film, Aida Begić follows the lives of young Syrian refugees, all orphans, as they wander the streets of a Turkish city

Producers on the Move 2016 – Bosnia and Herzegovina

Adis Ðapo, the first producer from Bosnia and Herzegovina to be selected for Producers on the Move, has worked on some of his country’s most acclaimed films including Death in Sarajevo

"I’m filming a love story in a post-apocalyptic Bosnia"

An interview with Bosnian director Aida Begić, guest at the Bergamo Film Meeting

The new film by Aida Begic to be called A Ballad

“My next project is set in a post-apocalyptic Bosnia and Herzegovina,” reveals the director at the Bergamo Film Meeting

Andrea Arnold, Teresa Villaverde, Aida Begić and Agnes Kocsis are the directors featuring in the second part of the “Europe: Unique Females” section this year

A portrait of the production company Rohfilm 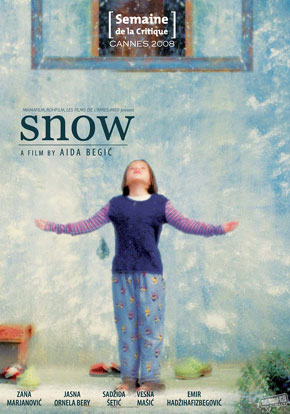