Because he had published the twelve Danish cartoons that had triggered the wrath of Muslims worldwide, Philippe Val, the editor of Charlie Hebdo, a French satirical newspaper, was cited to court by the Great Mosque of Paris, the World Muslim League and the Union of Islamic Organizations of France. Daniel Leconte has been covering this extraordinary trial in real time, aiming at deciphering the international political, ideological and media-related stakes with the key participants. The film features lawyers, witnesses, the media, editorial conferences, demonstrations of support... as well as the stances of intellectuals and politicians, the reactions of the prosecutors and of Muslim countries... A reflection on Islam, on the press, on the state of the public opinion in French society, but also an endeavor to answer the challenges that fundamentalism poses to all democracies.

There is to be a change of majority shareholder at Pyramide, the French independent production, distribution and international sales company. Fabienne Vonier is handing over the reins to Eric... 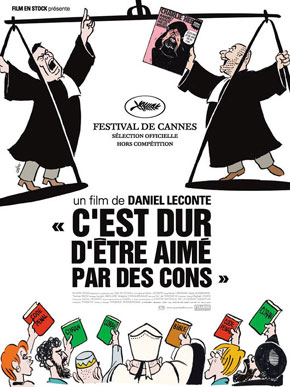