Seventeen-year-old Lya lives on a suburban housing estate with her sisters Chirine (18) and Inès (7). Since Chirine grew into a woman, her father hasn‘t spoken to her. In her family, Lya is the only one who stands up to this violent father. In Paris, Chirine meets Alex, who claims to be an agent and suggests she become a model. But through Lya’s eyes, Chirine realises she is falling into prostitution. Lya’s rebellion leads to a reconciliation between the father and his daughters and Chirine learns to defend herself. She then meets Simon, a renowned advertising executive who, fascinated by her beauty, takes her under his wing. Caught between the suburbs and the capital, love and violence, through their everyday lives, Chirine and Lya try to find their place as women in a world in which humanity tries to survive.

The five faces of Europe

From In Bruges to Alatriste and the co-production Waltz with Bashir, European film demonstrates its great diversity today as five new releases hit French screens alongside four US titles. The... 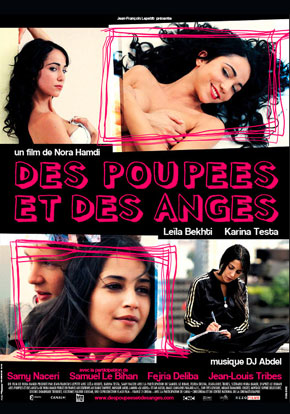