Bologna 1938. Michele Casali has a serious problem. His only daughter, Giovanna, has just killed her best friend in a bout of jealousy. The girl, who is still an adolescent, is declared to be non compus mentis and is committed to a psychiatric hospital. During the time she spends in almost total isolation, the only person who looks after her is her father. This further strengthens the already strong father-daughter relationship from which Delia, the girl’s mother, has always been excluded. Sergio, who is a police inspector and a close friend of Michele’s, is witness to the terrible events. He is also secretly in love with Delia. In the winter of 1953, in a Bologna which is still recovering from the horrors of the war, Delia and Giovanna’s eyes lock in the darkness of a small cinema: Giovanna is by now much better and still in the company of her doting father. Her mother no longer has any doubts: this is the start of a new life, this time, together.

The selection has been made for the members of the International Jury for the Competition at the 68th Venice International Film Festival, with American director and screenwriter Darren Aronofsky...

Pupi Avati’s “father trilogy” ends with Il Figlio Più Piccolo ("The Youngest Son"), he says: “La Cena per Farli Conoscere was about a deadbeat father who gets close to his three daughters through...

Thanks to Pupi Avati, yet another comedic actor is getting his chance at a dramatic turn. The director, who previously worked comedians Diego Abatantuono, Antonio Albanese and Ezio Greggio, chose... 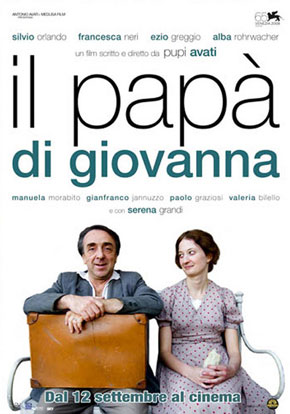