Powerful, disturbing and moving in equal measure, 2005's acclaimed Kidulthood took us deep into London's unseen underbelly, delivering a raw, hard-hitting reflection of what life is like for 21st century teenagers, where sex is currency, drugs are easy to come by and violence is a way of life. Six years after Sam Peel is released from jail for killing Trife, he soon realises that life is no easier on the outside than it was on the inside and he's forced to confront the people he hurt the most. Some have moved on, others are stuck with the repercussions of his actions that night, but one thing's for certain - everyone has been forced to grow up...

BFI Film Fund and Poisson Rouge have Gone Too Far

ill Manors, the directorial debut of musician turned actor Ben Drew (photo), AKA Plan B, will be distributed in the UK by Revolver Entertainment. Made under Microwave, the micro-budget feature...

Writer/director Ben Drew has begun principal photography for Ill Manors, aka Plan B, at London locations. Being made under Film London and BBC Films’ micro-budget Microwave scheme, it stars Riz...

BAFTA-winning British actor-writer-director Noel Clarke’s latest film, 4.3.2.1, co-directed with Mark Davis, is all set for a June 2 release in the UK and Ireland, The Works UK Distribution has...

UK distributor Revolver Entertainment has acquired Sacha Bennett’s Bonded By Blood, which is all set for a December shoot. Bennett previously made the bank robber film Tu£sday. The film is based...

Richard Curtis' The Boat That Rocked will close the 44th Karlovy Vary Film International Festival (July 3-11). French producer Claudie Ossard will chair the jury. Of the 13 films competing in the...

The Industry Trust for the promotion and protection of copyright and creativity has changed its earlier approach, where pirates were criminalized in their advertising campaigns. Instead, in a bid...

There were no surprises at the BAFTAs as Slumdog Millionaire continued its resounding success, winning no less than seven of the prized masks, including Best Film and Director for Danny Boyle. The... 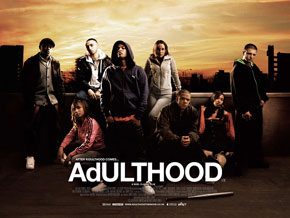