After the split of Czechoslovakia in 1992 former political dissident, playwright and outspoken essayist Václav Havel became the first president of a new country, the Czech Republic. A former enemy of the state and leader of the Velvet Revolution, Havel was given a popular mandate to transform that state and its institutions. On taking his new office, Havel invited his friend the documentarist Pavel Koutecký to capture the birth of their new nation. Filmed over ten years, this understated, witty and considered documentary gives a fascinating insight into Czech politics and the man who helped shape the history of the new republic.

Miroslav Janek's film on Asperger syndrome looks deep into its protagonists’ spirits, rather than reducing them to mere illness

Vaclav Havel, a Czechoslovak and Czech president and a respected thinker and cultural figure died on Sunday December 18 in his sleep. He was 75. He was a symbol of 1989's Velvet Revolution, which...

Havel to debut as film director

The Czech Film and Television Academy announced the winners of the 2008 Czech Lions at a gala ceremony March 7 at Prague's Lucerna Palace. Petr Zelenka's The Karamazovs was the big winner, taking...

UK audiences will soon have a rare opportunity to see some of the best Czech features and documentaries of the last two years. Made in Prague, a tour of eight films, will visit venues around the...

The Czech Film and Television Academy has announced the nominees for the 16th Czech Lion Awards. Of the 26 feature films eligible for nomination, three films dominate the main categories. Petr...

Czechs above the arctic circle

The Czech Republic is in the limelight at the Tromsö International Film Festival (Jan 13-18). More than a dozen Czech films are screening at the festival, and the Czech Film Center is organising... 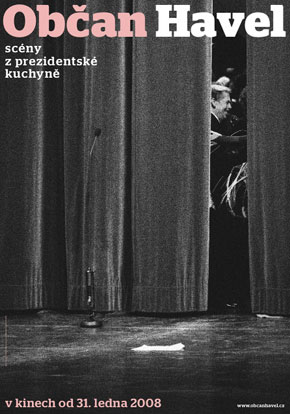