Frida, a 75-year-old Ashkenazi, is losing her memory and confuses past and present. Her daughter, Judith, has chosen not to work so she can look after her children. Divorced and facing the departure of her youngest son and her mother’s ageing at the same time, she wonders what use she is to anyone. Frida’s son Simon – who as a journalist sharply observes society – doesn’t notice either his daughter’s blossoming into an adult or his mother’s ageing. Frida returns to her former apartment. Believing she will find her husband (who died several years ago) there, she meets her tenant Manou, who is expecting an important promotion. The return to this apartment – the crossroads of their lives – enables the characters to find each other and find themselves. Through these stories, the film explores different chronicles of passing time, bodies that are transformed at all ages and inescapable aspects of life.

Starring Manu Payet and Audrey Lamy, the second feature by the director is an accomplished bittersweet family comedy that is being released in theatres by Mars

The 57th Mannheim-Heidelberg International Film Festival (November 6-16) opened yesterday evening in Heidelberg with the competition screening of Canadian film The Baby Formula. In Mannheim, the...

The European Film Academy and EFA Productions gGmbH have announced the titles of the 44 films which were recommended for a nomination for the European Film Awards 2008. With 27 countries...

Two UK films, a couple of Italian titles and four Gallic productions dominate the 13 new releases hitting French screens this Wednesday. They are being launched alongside a Philippine feature... 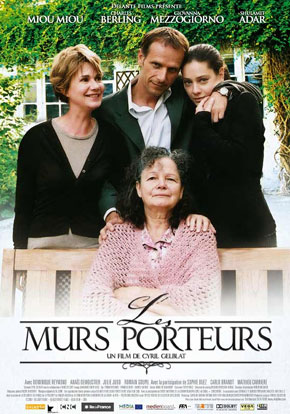