Set in England in the 80s, the film, about the transition from childhood to adulthood, recounts the adventures of Will, eldest son in a highly religious family who forbid him to listen to music, watch TV or associate with other children. But when Lee Carter, school terror and maker of bizarre amateur films, offers him a pirate copy of the Sylvester Stallone movie, Will’s world suddenly opens up. So he eagerly accepts the role of stuntman under Lee’s direction and keeps it secret from his parents. Over the course of the production and all its crazy mishaps a real friendship develops between the two boys, which shows them a way to ease into the adult world.

more about: Son of Rambow

Lauri Randla’s nostalgia-tinged comedy proves that although things used to be difficult, there’s no reason why we shouldn't laugh about them now

Gilliam back in the saddle with Don Quixote

Post its Golden Globes triumph, the Slumdog Millionaire juggernaut rolls on with a whopping 11 BAFTA nominations. However, this time around the film goes head to head with The Curious Case of...

Hunger and In Bruges have been honoured with seven nominations each at the 11th annual British Independent Film Awards (BIFAs) and will vie for the title of Best Independent British Film of the...

European auteur films in the spotlight

German audiences will this week be able to enjoy six high-quality European films which hit screens today alongside one US blockbuster. This week’s German release – Räuber Kneißl – is an event in... 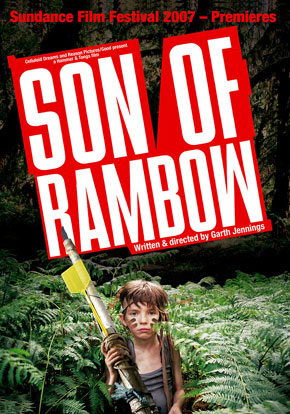