At the Registration Centre in Vallorbe, in the Swiss canton of Vaud, documentarist Fernand Melgar follows asylum-seekers throughout the process, limited to sixty days, that will result in their being granted refugee status, or not. An Armenian man, arriving at night in a lorry, is given some toiletries and is allocated a dorm. There he meets another Russian speaker who shows him around. Interviewed twice by a government official, the claimants have to justify their presence in Switzerland in terms of the danger they will face if they return to their home country. A centre employee explains to a young man from Togo that his country is now safe and that he must go back, while the latter wants only to see his father, who lives in Switzerland, and cannot understand why he is being refused to stay. At other moments, a real sense of community is felt, as in one long winter evening when the centre director, invited to a religious gathering, is visibly moved as he watches these believers, who, far from home and family, have not lost hope and keep smiling.

Fernand Melgar’s La Forteresse (“The Fortress”) has so far garnered almost 20,000 admissions in French-speaking Switzerland, where it was released in September. This amounts to a record...

At the Philosophers' School: A film about love

Screened at Solothurn Film Festival, the film by Fernand Melgar continues a discussion on the everyday battles that take place on the margins of society

Locarno gets back to Swiss roots

Like at the previous edition, Swiss cinema will be well represented at the 64th Locarno International Film Festival. Present at all levels of the event, the number of Swiss productions selected in...

The Fortress honoured in Japan

Fernand Melgar’s subtle documentary The Fortress, which takes a critical look at the treatment of refugees in Switzerland, received an Award of Excellence at the 11th Yamagata International...

On Saturday, March 7, all eyes will be on the 12th Swiss Film Awards. For the first time, Swiss public television will roll out the red carpet for the most prestigious awards ceremony in...

The nominations for the 2009 Swiss Film Awards – whose ceremony will be held on March 7 in Lucerne – were announced at the close of the Solothurn Film Festival. Fifteen features, ten shorts, three...

Diversity of Swiss production in spotlight at Solothurn

Vincent Pluss’ The Noise in My Head yesterday opened the 44th Solothurn Film Festival (January 19-25). The event will unveil the best of local production and host a retrospective of Swiss-Canadian...

Festival success for Swiss films in 2008

With 52 films presented at major international festivals in 2008 (11 features, 12 documentaries and 29 shorts), Swiss film recaptured the good form of 2006 and scooped 136 awards worth a total of...

The 49th Festival dei Popoli, one of the oldest and most prestigious documentary festivals, kicks off today in Florence and runs through November 21. “On the eve of its 50th anniversary,” says... 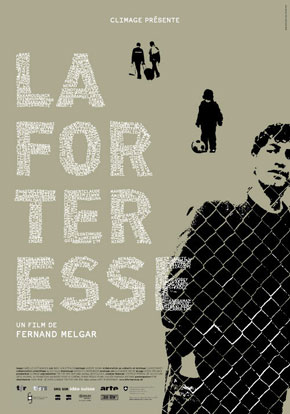