Mato Grosso do Sul (Brazil), today. The fazenderos are leading their wealthy life in boredom. They have transgenic plantations that stretch as far as the eye can see and spend their evenings in the company of the Birdwatchers, tourists who have come to watch the birds. On the borders of their land, the malaise of the Indians is growing. Forced to live in reservations, the natives – the legitimate inhabitants of that land – lead a life with absolutely no future whatsoever; many of them, the young in particular, commit suicide. It is another suicide that sparks off the rebellion. Following the guidance of the leader Nadio and a shaman, a group of Indians sets up camp outside one of the properties to demand the restitution of their land. Two conflicting worlds thus confront one another. The metaphoric confrontation soon turns into a real conflict but, even during the hostilities, the two worlds do not stop studying one another. The young people in particular do not stop being curious “about the other”, not even during the fighting. It is this very curiosity that will give way to a profound relationship between Osvaldo, a young shaman apprentice and the daughter of a fazendero.

"We just want a chance to survive". Eliane Juca da Silva didn’t hold back the tears before journalists who had just applauded Marco Bechis’s film Birdwatchers. Eliane stars in the film and belongs...

It is certainly not unusual for there to be fewer new releases during the summer season, but this week they seem to be particularly thin on the ground, due to a stroke of magic called Harry Potter...

The 11th edition of Croatia’s most important film event, the Motovun Film Festival, will take place from July 27-31. Twenty-two films will compete for the main Propeller of Motovun Award; the A to...

In the wake of the success of Matteo Garrone’s Gomorrah (over 510,000 admissions in France, i.e. almost €3m in box office takings), the end of the year will have an Italian flavour in French...

In the wake of the 500,000 admissions garnered in French theatres by Matteo Garrone’s Gomorrah and ahead of the release on December 31 of the other Italian Cannes prize-winner, Il Divo (“The...

The Pasinetti Awards, chosen every year by the members of the SNGCI (Italian National Film Journalists Union) accredited at the Venice Film Festival , were presented today in Rome. The...

The first post-Venice Film Festival box office results are in for the four Italian titles released immediately after their screenings on the Lido. The best performing Italian film on the charts is...

French sellers have 10 titles in competition

French international sellers collectively boast an impressive 10 titles among the 21 features vying for the Golden Lion at the 65th Venice Film Festival (August 27-September 6). This major... 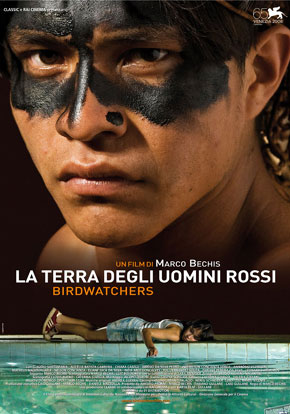