The true story of the French- Algerian clown Miloud Oukili from his arrival in Romania, back in 1992 in his early twenties (three years after the end of Ceausescu’s dictatorship), to his encounter with the street children of Bucharest, the so called «boskettari» – groups of kids living in the streets and sleeping in underground Bucharest making a living out of small thefts, begging, and prostitution. Miloud wants to meet these kids, which have been completely hardened by their tragic lives (full of fights, violence, losses, pedophilia and drugs), and bring some hope in their existence. Although hampered by corrupted officers, Miloud will succeed in creating a real circus company with the «boskettari». The street children will perform in Bucharest’s main square, proving the world that they are human beings, just like everybody else. Parada is the name of the established circus company that today still travels around Europe with its own show, carrying a message of friendship, solidarity and hope.

The noble intentions of PA-RA-DA

It will not suffice to appease the controversy sparked by German daily ‘Der Spiegel’ (which in the last few days has accused the Venice Film Festival of protectionism), but the figure is...

"Oil in the backyard, a metaphor for modern-day Italy"

The 23rd Braunschweig International Film Festival closed yesterday with the triumph of Marco Pontecorvo’s Italian/French/Romanian film Clown, which is inspired by the work of Franco-Algerian clown...

The 27th Munich Film Festival, a German event second only in prestige to the Berlinale, announced its prize-winners this weekend, not without causing some controversy. The most valuable prize, the...

The Italians at the market

Italian sales agents are focusing on quality over quantity in their line-ups at this year’s European Film Market of the Berlin Film Festival (February 5-15). The Adriana Chiesa Enterprises slate... 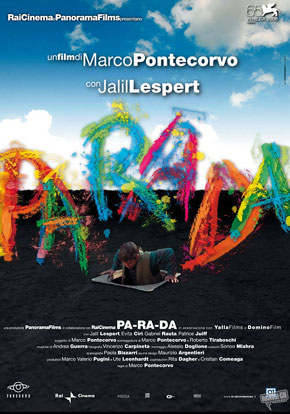