Fascinated by actresses, Robert is undoubtedly the clingiest fan in French cinema. A handling agent by night in a large artistic agency, he devotes his days to "his" stars, whom he follows relentlessly, not hesitating to interfere in their lives. Working together on the same film set, his three favourite actresses discover one day that they have the same problem...with the same fan. They thus decide to join forces and settle their score with him: they were his idols, but they become his worst nightmare!

Varied line-up of European films ahead of 007 release

Thirteen new films are hitting French screens today, ahead of Friday’s release of US/UK co-production Quantum of Solace, which is helmed by Switzerland’s Marc Forster and stars highly successful...

Around 30 distributors will close the four-day 63rd Congress of the National Federation of French Movie Theatres (FNCF) in Bordeaux today with presentations of new clips from their line-ups. At...

Recalling the fact that the 2004 edition of the Montreal World Film Festival kicked off the successful international career of his debut feature, The Chorus, Christophe Barratier opened the... 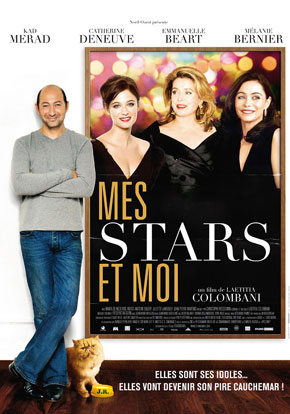