In the 1980s when the Irish civil conflict was at its most treacherous, 22 year old Martin McGartland was recruited by the British police to infiltrate and spy on the IRA. He lived his life under constant threat of exposure and subsequent guaranteed torture and death yet he continued because his information saved many lives. He enjoyed the buzz until one day he was discovered and had to escape against all odds. Inspired by a true story, to this day he is on the run.

Optimum Releasing and Metrodome Distribution are the biggest beneficiaries in the latest round of funding announced by the UK Film Council’s Prints and Advertising Fund. Optimum received £210,000... 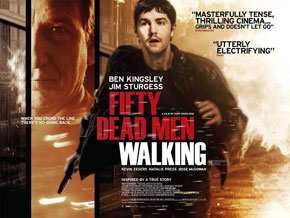