ME AND ORSON WELLES

It is November, 1937, and teenager Richard Samuels dreams of making it on Broadway. One day he runs into Welles, years before Citizen Kane but already a famous New York dramatist. With his new Mercury Theatre troupe as his instrument, Welles plans to mount a production of Shakespeare's Julius Caesar that will shake the foundations of American stagecraft. But he needs a bit player. Young Richard impresses him with his bravado and his singing voice – he's hired. Like a moth to a flame, Richard seeks the approval of the quick-tempered director, but soon finds himself distracted by Welles's girl Friday, Sonja.

more about: Me and Orson Welles

Love and vampires abound in We Are the Night

This week on German and Austrian screens, Constantin is launching the latest film by popular director Dennis Gansel (The Wave), We Are the Night, which ventures into several different genres at...

Principal photography, which began Sunday, will take place for five weeks on the Isle of Man and in Scotland from June 27 for Ecosse Films’ romantic comedy The Decoy Bride. The film features the...

British film An Education, directed by Lone Scherfig, tied with James Cameron’s Avatar and Kathryn Bigelow’s The Hurt Locker with eight nominations each for the Orange BAFTA Film Awards 2010. An... 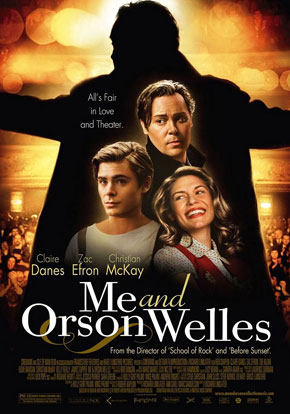