Two young girls – who have been neighbours and friends since they were children – experience their first amorous emotions. Myriam is engaged to Simon, a doctor who is much older than her. Nour loves her cousin Khaled, whom she wants to marry. One of the girls is Jewish, the other Muslim. The story is set in 1942, during the German occupation of Tunisia, as the Axis forces try to win over the Tunisian Muslim population in exchange for the promise of independence. The two young girls become close while everything conspires to separate them.

This is a busy week before Christmas, as 14 films hit Belgian screens, setting a record for 2008. This avalanche of new releases includes ten European films that will compete for viewers’...

Fifteen films have been selected in competition at the 26th Turin Film Festival (November 21-29) by filmmaker Nanni Moretti, the event’s famous artistic director. Among them is debut French...

The 9th “L’Autre cinéma” - Arras International Film Festival (November 7-16) kicks off today and its special guest is John Boorman. The UK director – whose entire works will be presented in the...

The explosive and entertaining Cannes prize-winner Il divo (“The Deity”) by Italian director Paolo Sorrentino (to be launched in theatres by Studio Canal on December 31) will this evening open the...

Shooting gets underway on Monday in the Paris area on Jérôme Bonnell’s La Dame de Trèfle (“The Queen of Clubs”). This is the director’s fourth feature after Olga’s Chignon (2002), Pale Eyes (Jean... 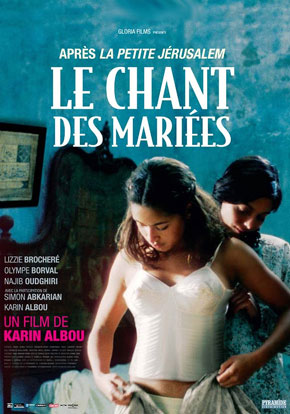