Ivan is a 36-year old ex-rock singer and a disillusioned war veteran who lost both legs in the recent Croatian Homeland War. His father, Izidor, was a well-known political prisoner in the former Yugoslavia, and is now standing as an independent candidate for the Croatian Parliament. Then a face from the past re-appears: an impoverished Serbian refugee called Simo, who has recently returned to the town. As an ex-communist official, Simo imprisoned Izidor decades ago. He knows certain facts about Izidor that could destroy his reputation and wreck his political campaign. Simo demands money, in return for his silence and he also has a secret rendezvous with Ivan’s mother, Ana. Soon a long-buried secret surfaces once more – with huge repercussions for Ivan. He starts to provoke hard-line Croatians by singing Serbian nationalistic songs, daring them to kill him.

more about: No One's Son

The Croatian Audiovisual Centre has announced the results of the funding competition for feature and documentary films. Arsen Anton Ostojic will receive €633,168 for Halimin put, to be produced by...

The 18th Cottbus Eastern European Film Festival (November 11-16) is in full swing and today celebrates the 10th anniversary of its co-production market, Connecting Cottbus (November 13-14). At a...

No One’s Son in race for Oscars

The Croatian Association of Film Workers has chosen Arsen Anton Ostojic’s No One’s Son as its Academy Awards submission for Best Foreign Language Film, in a competition that included Dejan... 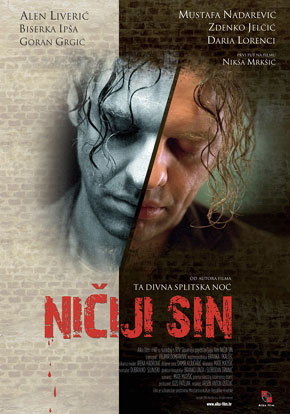