THE LIVING AND THE DEAD

The first story takes place in 1993. during the war in Bosnia and Herzegovina and the second one takes place in 1943. during the World War II. Both stories parallely complement one another during the film and after numerous disturbing events finally collide at a secret timeless cemetery. Considered to be cursed, the cemetery is the place where powerful forces are released before dawn: the Fire force- alternately present in both stories, and the force of the Dead- the force of people who died in all wars...

more about: The Living and the Dead

The recipients include the new films by Zrinko Ogresta, Kristijan Milić, Goran Kulenović, Petar Orešković and Goran Dević, and the feature debut by Dubravka Turić

“I had to try to make a film like this”

Cineuropa chatted to Croatian director Kristijan Milić in Pula about his third feature, Dead Fish, directing a non-genre film, and filming in Bosnia and Herzegovina

Dead Fish: A post-war mosaic of human destinies in a divided town

Politics do not belong in film

Kristijan Milic's speaks to Cineuropa about his second feature film Number 55, his experience from the 90s war in Croatia and his affinity for genre films.

Number 55: a brutal depiction of a real wartime event

Kristijan Milic is back with another award-winning film, but this time based on a true event from the war in Croatia

Ištvančić crosses The Bridge at the End of the World

Branko Ištvančić, director of one of the highest local grossers in Croatia ever Ghost in the Swamp, has finished shooting his second feature film The Bridge at the End of the World

No One’s Son in race for Oscars

The Croatian Association of Film Workers has chosen Arsen Anton Ostojic’s No One’s Son as its Academy Awards submission for Best Foreign Language Film, in a competition that included Dejan... 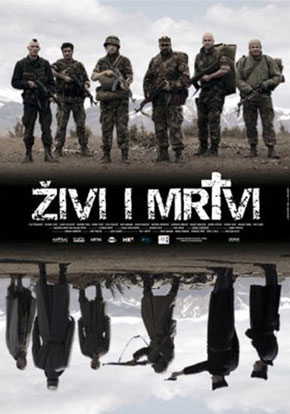