THE INVENTION OF THE CURRIED SAUSAGE

During the last throes of the war, Lena Bruecker is 47 years old. Her children have left the roost and her husband has been stationed on the eastern front for years. After an evening in a movie theater, which, as usual, ends up in an air-raid shelter, she takes Petty Officer Bremer home with her. Lena offers him a place to stay – first only for the night, but then for good. Facing the cold, hopeless front as an alternative, Bremer decides to desert in the morning. Lena's apartment becomes an island, on which both of them enjoy drifting: Bremer, is too young to die in the final battle of a hopeless war, while Lena is still young enough to feel her passion for life.

more about: The Invention of the Curried Sausage

The Audience Award, or “Coup de cœur”, at the 13th Paris German Film Festival, which closed on Tuesday, went to Ulla Wagner’s The Invention of the Curried Sausage. The film won Best Actress at the... 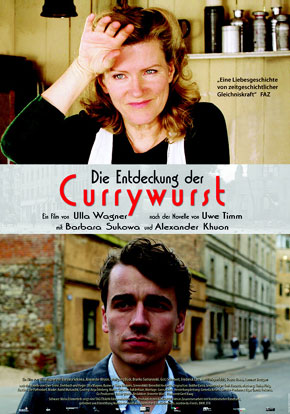