A KIND OF AMERICA 2

The sequel to the highly successful A Kind of America. The story of the three brothers continues... After the release of Guilty City, the film of director Tamas, the boys broke down. They get a postcard from the US and off they go to NYC to find impostor Alex who ran away with their 60 million and the girlfriend of Akos. It turns out that Alex must stage a play, otherwise a Hungarian mafioso will give him a difficult time. The three brothers buy the rights to the play before Alex, but the swindler has no choice but cheat them again... Punches and kisses fly, beautiful girls dance and sing, Timi and the mafioso's daughter Vivi are on stage, and East West the new musical might become a smashing hit directed by Tamas...

more about: A Kind of America 2

Distributed by Fórum Hungary, Gabor Herendi’s new film has registered the best opening weekend for a national film since 2005

Made in Hungaria, domestic leader of 2009

Largely dominated by US cinema, which has 17 titles in the yearly top 20 (including the leader Ice Age: Dawn of the Dinosaurs with 433m forints in takings), the 2009 season in Hungarian theatres...

Lost Times and 1 triumph in Budapest

The 40th Hungarian Film Week came to a close on Tuesday, just before the start of the Berlin Film Festival. The showcase of new productions from the landlocked country closed with an...

Hungarian Film Week – the annual showcase of the best of Hungarian production – has unveiled the selection for its 40th edition, to be held in Budapest from January 27-February 3. A total of 101...

A Kind of America 2 aims for box office heights

Today sees the domestic launch by Budapest Film of Gábor Herendi’s highly anticipated A Kind of America 2. This is the sequel to the film that took the Hungarian box office by storm in 2002 with... 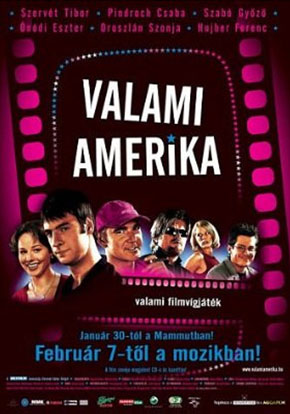