"Everyone has a story. The beggar who raises a bowl has a story. The woman who sleeps drunk on the subway vent has a story. The man who, like Charlie Chaplin, flees at the mere sight of a cop’s uniform has a story. As in the Iliad, the adventures of our legendless hero begin in the Aegean Sea. On the same sea and under the same sun and sky that witnessed the dawn of civilization. After many brief adventures, including a stopover in Paradise, and a brief one in Hell, his epic ends magically in Paris. A Paris that sparkles in the dreams of every wanderer’s restless sleep. My film tries to mirror these wanderings, and is the story of those – who like us or our fathers and mothers before us – crisscrossed the earth, defying the oceans and uniformed bullies, in a search of a roof over their heads. The story of Elias is not that of Ulysses. Nor is it Jean-Claude’s or mine. But I do see something of me in Elias, this stranger who is no stranger to me… I also do see something of my eyes in the look others cast over him."
Costa-Gavras

more about: Eden is West

Costa-Gavras shooting Adults in the Room in Athens

The seasoned auteur is already on the set of his 19th film, based on the memoirs of Yanis Varoufakis describing the critical negotiations over the Greek debt in 2015’s Eurogroup meetings

Taking a scathing look at the world of international finance, Costa Gavras’s eighteenth feature, Capital, starts shooting next Wednesday. After Amen (2002), The Axe (2005) and Eden is West (2009),...

Actors Toni Servillo (three David di Donatello awards, forThe Consequences of Love, The Girl by the Lake and Il Divo) and Riccardo Scamarcio (Eden Is West) will be among the guests of the 12th...

In a press conference held yesterday, the Hellenic Film Academy announced the nominees for its first-ever Film Awards, set to be presented on May 3. The Academy’s awards, which remain unnamed for...

Previously known as Filmmakers in the Mist and now renamed to FOG (Filmmakers of Greece), the rogue group of filmmakers that decided to boycott the Greek State Awards by keeping their films away... 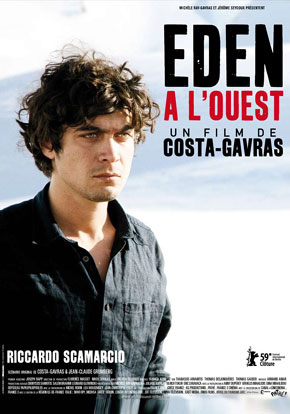