Yiorgos is released after having served a 14-year sentence for a murder he committed in his native village. He spends his first night of freedom at a cheap hotel in the centre of Athens where he meets a transsexual prostitute named Strella. They sleep together and are soon a couple. Yiorgos’ past catches up with him, but with Strella at his side, he hopes to be able to find a way out.

more about: A Woman's Way

“The energy of adolescence”

CANNES 2014: Cineuropa met up with Greek director Panos H Koutras to talk about Xenia, popular in the Certain Regard section of the 67th Cannes Film Festival

In line with the festival’s celebration of 100 years of Greek cinema, the Agora’s Crossroads section shines a bright spotlight on local production

CANNES 2014: In the Un Certain Regard section, Panos H Koutras presents a realistic and extremely charming fable about two brothers of Albanian heritage in today’s Greece

After a troubled production, Xenia makes it to the Cannes line-up

Panos H Koutras’ follow-up to festival sensation A Woman’s Way will screen in the UCR section, after having spent months in funding limbo

The director of A Woman’s Way appeals for help as his new film, Xenia, floats in a funding vacuum

Films Distribution prepares for its harvest

Hungarian filmmaker István Szabó will chair the international jury at the 46th Karlovy Vary International Film Festival (July 1-9). "Nine years after having presented his film Taking Sides at the... 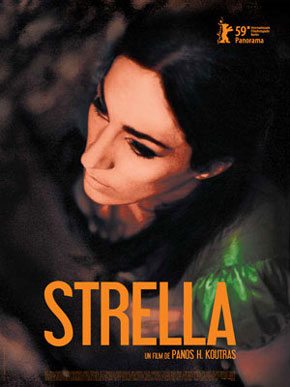