The dogged persistence of Interpol agent Louis Salinger and New York district attorney Eleanor Whitman to bring to justice one of the most powerful banks in the world – a bank that would appear to be involved in financing terrorist attacks all over the world. After uncovering a swathe of illegal activities, investigators Salinger and Whitman follow the flow of funds from Berlin to Milan, New York and Istanbul. Before long, they find themselves embroiled in a high-stakes chase around the globe. Their uncompromising tenacity puts their own lives at risk because the people they are after will stop at nothing – not even murder – in order to continue financing terrorist attacks and wars.

more about: The International

Babylon Berlin brings back the vivid metropolis of the 1920s 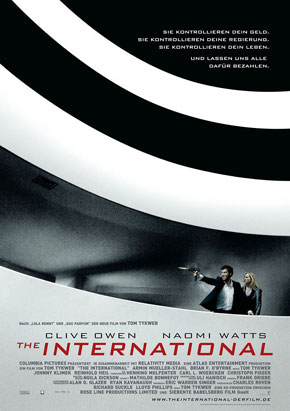