Nanking in 1937. Hamburg businessman John Rabe has lived with his wife Dora in the former Chinese capital for almost thirty years. He is head of the local branch of Siemens and is now due to return to Berlin. The manager is reluctant to leave because he has developed a real bond to the country and its people. But, during his farewell party, Nanking is bombed by the Japa nese, who have recently taken Shanghai. The whole town is in panic and Rabe opens the doors of the company’s compound in order to provide refuge for his workers and their families desperate to escape the raid. German-Jewish diplomat Dr Rosen suggests that a security zone be set up for Chinese civilians. John Rabe is appointed chairperson of Nanking’s security zone. The imperial Ja pa - nese army cracks down on the Chinese civilians population with astonishing bru tality. However, Rabe and his comrades-in-arms succeed in wresting the plann ed security zone from the Japanese. Hundreds of thousands of people flee into the zone. Finally, the Japanese make use of a pretext in order to attack the zone – for Rabe a race against time begins…

A businessman who wants to embody a modern, uninhibited capitalism agrees to be shadowed and captured on camera by a political journalist in French/Belgian co-production Michel G, King of the...

Majestic Filmverleih stands on its own two feet

Benjamin Herrmann, managing director and partner of Majestic Filmproduktion and Majestic Filmverleih GmbH, has bought up all of Odeon Film AG’s shares, thus becoming the sole owner. The agreement...

In its first sittings of 2011, German Films’ Distribution Support awards committee decided to fund 11 foreign theatrical campaigns of domestic films, for a total of €73,000. The supported films...

Strand Releasing has snapped up all North American rights for Craig McCall’s documentary about the legendary British cinematographer, Cameraman: The Life and Work of Jack Cardiff, from High Point...

European Distributors: Up Next! 2009 - Portugal

In its second sitting of 2010, German Films’ Distribution Support awards committee chose to fund nine foreign theatrical campaigns of domestic films, for a total of €81,000. Another two theatrical...

The German film regulating body FFA has granted €269,500 for the development of 13 screenplays and four treatments. These screenplays include Florian Gallenberger’s new project, after his major...

From 19th-century England to modern business 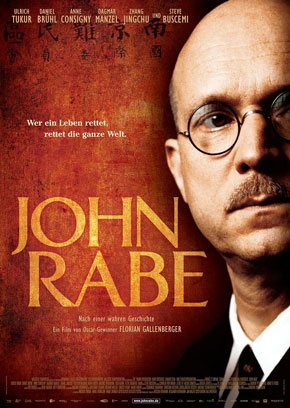