Former thief and mobster Michel Vaujour spent 27 years in prison, 17 of those in solitary confinement. Using fake guns, he succeeded in carrying out amazing escapes worthy of a Hollywood script. The most notorious involved a firearm made out of soap and a daring helicopter breakout from the roof of a jail, organized by his wife. He was released on parole in 2003. If his life story is at times an exhilarating ride, he also experienced some of the most challenging conditions the penal system can impose. The isolation forced him to continuously confront himself. The reward has been self-knowledge.

more about: My Greatest Escape

"The film delves into the heart of intimacy, shame, and the knots that need untying in order to free oneself”

Fabienne Godet talks about the incredible process of creating Our Wonderful Lives, a remarkable film presented at Les Arcs and soon to be screened at Rotterdam

Fabienne Godet explores the world of rehab in a fiction feature with great finesse, incontestable depth and striking intensity

The Bureau Sales to tout Our Wonderful Lives at Berlin

Pre-sales will kick off at the EFM for the new film by Fabienne Godet, which is in post-production and is generating a huge buzz

The director is at the editing stage with a secret film shot while she waits to start principal photography on her following opus, which will star Jasmine Trinca and Lucie Debay

"Who hasn’t dreamed of severing all ties, casting off the anchors and setting sail? Becoming someone else? Changing one’s life?" says Isabelle Huppert in describing her role as a woman who...

There’s an impressive line-up for the 1st Beaune International Thriller Film Festival, which kicks off today and runs through April 5. The event is sponsored by a group of 15 patrons dubbed Cercle...

Le Bureau with projects on the go 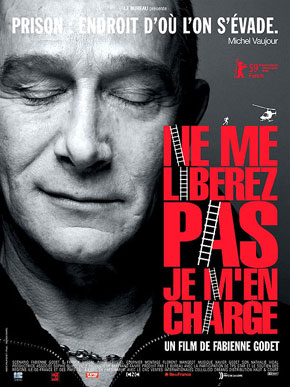