On March 16, 2003, in the almost uninterrupted tide of Middle Eastern current affairs and just before the war in Iraq, a small tragic event was reported by some press agencies, with just a few lines in the newspaper, or in a 45-second report on television: a young American peace activist named Rachel Corrie was killed in the Gaza Strip, crushed by an Israeli bulldozer while trying to prevent the destruction of a Palestinian house. A few weeks later, some media reports mentioned that the Israeli military police conducted an inquiry, concluding that Rachel Corrie’s death was accidental. Despite many eyewitness claims that the bulldozer driver intentionally murdered her, the American administration never asked for an independent inquiry, and the case was classified and forgotten.

“Promoting peace and understanding among different peoples” is the noble objective of the 4 Film Festival, which not coincidentally takes place in the border city Bolzano. For five editions now...

Lauded by critics for its masterfulness, rigour, subtlety and aesthetic quality, Michael Haneke’s 2009 Cannes Palme d’Or-winner, The White Ribbon, is being released in France today by Les Films du...

Rachel: A drop in the ocean of the Mid-East conflict

"A small episode in an ocean of the tragedy that is the Middle East. The Israeli-Palestinian War is the least forgotten war in the world. There are more cameras there than anywhere else on the... 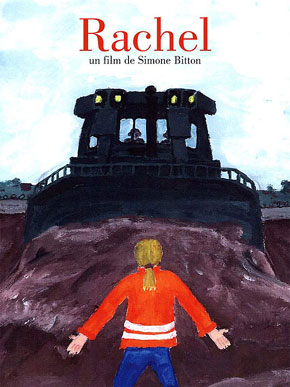