A man, a woman and their four daughters live in a log cabin in a snowbound mountain village. Their strong Catholic faith and belief in superstition have great influence on their daily lives. After an accident kills the man, the woman and their adult daughters are left behind to mourn. Deer men appear; figures who determine the duration of the mourning period. This mourning period seems to continue for years. The widow wants to remarry, because life in the mountains is too difficult for a woman alone. But the deer men have no intention of ending her mourning period, as they are having secret affairs with her daughters. If they were to “release” the widow, her daughters would be allowed to marry. After the long winter sleep, the first sunrays reach the village. The mythical figures have gone; only the antlers lie in the daughters’ beds.

Dutch film Winter Silence by the Bahaman-born director Sonja Wyss is an experimental feature as fresh as its white, mountainous setting. Released in only the Netherlands so far, it also screened...

Swiss works on show at Solothurn

Having served as an unbeatable showcase for Swiss cinema over the past 45 years, the Solothurn Film Festival (January 21-28) kicks off today, with Confederation president Doris Leuthard in...

Several local films have attracted more than niche audiences this winter, starting with the box office champion Winter in Wartime, which is currently in its 15th week of release and has amassed... 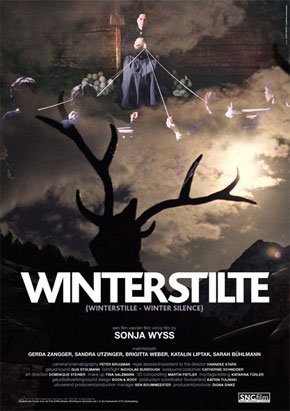