It’s the summer of 1984 in the Baltic coastal village of Schmalenstedt. Seven teen-year-old Malte Ahrens has just ‘discovered’ punk, which has just arrived in Schmalenstedt. One day, Malte and his friends are invited to a party. The question arises of how to get a girl and the quartet hit upon an idea that gets them all going: “let’s become musicians and form a band!” At the same time, Roddy meets Maria, and is utterly smitten. The band’s rehearsals prove to be a lot more difficult than they envisaged; worse still, their first gig is a complete disaster. More - over, when Roddy’s mates trash everything in sight at Maria’s party, Maria refuses to have anything more to do with Roddy. The band’s disintegration is inevitable, and Roddy senses that the four friends are drifting apart. It’s not until he meets a neighbour’s son, Schwaster, that Roddy finds his own definition of punk and with it, a bit of freedom.

International launch of Fraktus in Berlin

A new release to suit every taste

Out of the 13 new releases in Germany this week, eight of the titles are European (co-)productions, and German for the most part. First up is Lars Jessen’s Hochzeitspolka (Dorfpunks), a...

Florian Gallenberger picked up the Audience Award at the 14th Festival of German Films in Paris (September 30-October 6) for his biopic John Rabe, set during the Nanjing massacre of 1937-38. The...

Cologne-based sales company The Match Factory has closed key territories on its Berlinale Golden Bear-winning film The Milk of Sorrow and triple winner Gigante, scoring as well with Fatih Akin’s... 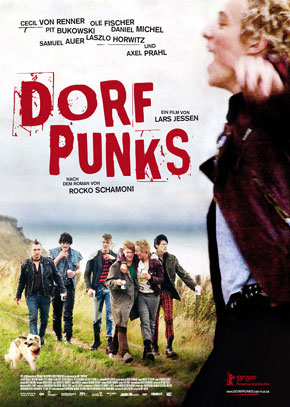 The first-time writer-director chatted with Cineuropa about dysfunctional families, going back to her village with an education, and the difference between a psychological rhythm and logical storytelling