ESCAPE FROM THE CALL CENTER

Badly paid temporary work with no prospects is known in Italy as precariato. Hundreds of thousands of young people have become victims of this particular consequence of the poor economic situation, forced to forget about “impractical” university education and take on menial positions, such as call-centre jobs. This is the fate of Gianfranco, a promising graduate of volcanology, he receives life’s first slap in the face in the form of a headset with microphone, with which, armed with a set of standard questions, he is forced to plough his way through a list of randomly selected homeowners, day after day. His girlfriend Marzia, an ambitious reporter, isn’t much better off as a switchboard operator for an erotic hotline...

more about: Escape from the Call Center

"In the 1970s films were made about the working class so it’s only natural that in this moment of our history films are being made about temp workers," said director Federico Rizzo of the recent...

The Summer In Winter hits screens, while Ardaco has three new projects on horizon

More than two years after its screening at the Lecce European Film Festival (see news), The Summer In Winter, the debut feature by Davide Sibaldi (who was 19 when he made it), is being released on...

Richard Curtis' The Boat That Rocked will close the 44th Karlovy Vary Film International Festival (July 3-11). French producer Claudie Ossard will chair the jury. Of the 13 films competing in the...

Hitting theatres is the true story of the focaccia that ate the hamburger: Focaccia Blues, directed by Nico Cirasola and produced by the young Alessandro Contessa. Distributor Pablo Bunker Lab is... 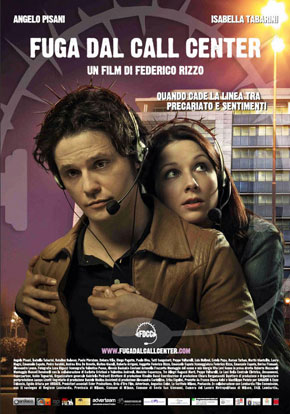