Georg lives with his mother Veronika in Oslo. On his eighteenth birthday, he receives a thick letter which his father wrote just before he died, when Georg was only six years old. On the same day, Georg is going to the mountains, equipped with skis and telescope, in order to photograph a rare celestial phenomenon. He is ambivalent concerning his father's letter, and has repressed his memories of him. Still, he brings the letter with him. On the train to the mountains, he meets Stella, of the same age as him. In the letter, his father asks Georg a fundamental existential question: What's the point of living when we're going to die anyway, maybe even when life is at its best? Would you want to be born if you had a choice? But before Georg is allowed to answer, his father wants to tell him a story about the Orange Girl he met in 1982.

more about: The Orange Girl

The 9th Seville Film Festival (November 6-14), one of the most important events dedicated to European cinema, is underway . This celebration of European film includes a large number of...

For its 51st edition, the Nordic Film Days in Lübeck lives up to its reputation as the biggest display of Nordic films outside the Nordic region. No less than 140 films from Scandinavia as well as...

Eva Dahr’s The Orange Girl, one of the biggest Norwegian films of 2009, is opening today through Sandrew Metronome. The film was co-produced with Germany and Spain. The Orange Girl is the third... 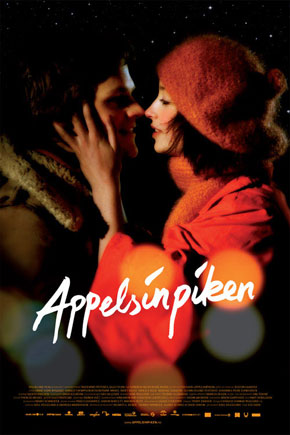