The exclusive stories about the war in Colombia that Hollman Morris covers weekly in his television show Contavia have earned him an international recognition and prestigious awards, but also death threats and intimidations of all kinds. In this increasingly hostile atmosphere, Hollman Morris and his family are considering leaving the country. Without compromise and beyond the classic portrait of a committed war journalist, the film tells the story of a complex person torn between his doubts, beliefs and fears, his commitment and his battle for freedom of press.

A total of €25,000 has been awarded by the Federal Office for Culture and the promotion agency Swiss Films for the international release of two documentaries. Released in France in April and...

The offbeat humour continues in OSS 117, Rio Ne Répond Plus

There has been enormous media coverage and an enthusiastic critical response for Michel Hazanavicius’ quirky comedy sequel OSS 117, Rio Ne Répond Plus (“OSS 117: No Response from Rio”), which is... 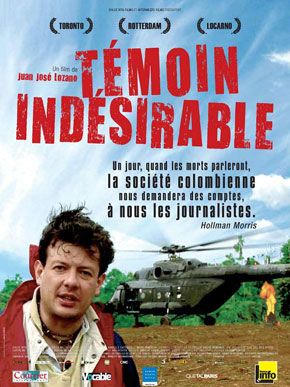