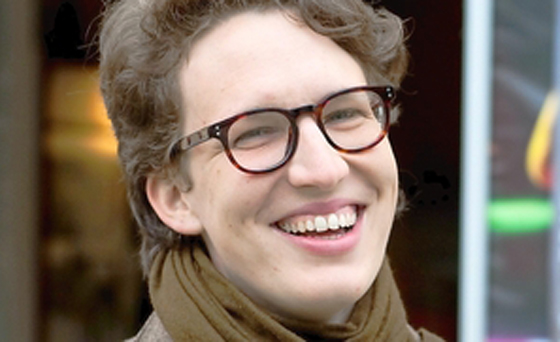 Tall, with penetrating grey eyes, Lola Randl has recently moved to “a very large house in a run-down Prussian village,” in the Uckermark, a historical region in north-eastern Germany. “The locals are semi-friendly and I’ve always lived in the country anyway,” she explains. “People there don’t talk about their projects the whole time. There aren’t any supermarkets, cafés, launderettes or everyone on their laptops and mobiles, dreaming!”

Getting away from it all or escaping it all? “Both!” Randl says. “I’m a restless character and I thought moving would calm me down! But now I know I can’t solve this problem: I’ve just postponed it!”

For Randl, her films, as a writer-director, “have a lot to do with me! I don’t belong to any particular ‘school’, and working to a formula is not what I do. I have to do what I know. Of the two, writing is what I prefer most. Writing is harder, but more interesting.”

As to her working methods, Randl does not use storyboards: “I know how it should turn out, even if I do make wrong decisions on the way! Often I discover them in post-production, which can be very painful!” She then confesses: “I always have problems when my films are finished! It’s like I wish I could have loved them more! Sometimes I even hate and reject what I’ve just done! It’s really hard for me to tell journalists positive things about my films.”

Back in Berlin after post-producing The Invention of Love [+see also:
trailer
interview: Lola Randl
film profile], she stresses that, for her, “editing is extremely important. I take part in all the post work. I get depressed when it’s over, since all the possibilities are now off the table!” Mood swings? “Yes, I’m sometimes highly euphoric, sometimes very depressed by it. When filming, I edit automatically in my head, but then at the editing desk I’m using another head. It’s cooperation, though. I work a lot with Andreas Wodraschke, a very creative guy.”

Visually, Lola Randl’s films “are not ‘realistic’. They are plays, fiction. I want to try things, test emotions, and the audience should experience the same. But this is not reality: it is unreal. You have to allow yourself to go with the game.”

During the making of The Invention of Love, Maria Kwiatkowsky, the lead actress, was found dead in her Berlin home. Randl was not just professionally, but also personally very affected by the tragedy.

“I’ve been working on the film for five years,” she says. “I’d started to cast the role of the young girl. It was taking a long time and I was becoming restless. I finally gave the nod to one who was still very good. Then I cast the boy and he recommended Maria to me. She fitted so perfectly! I had to cancel the first one. Maria was perfect. She was as she was, spooky for everybody.” Her death left Randl with “half the film, not even in chronological order.” So what did she do? “I never thought to retry the illusion with a new actress. The decision to finish it was easy, but doing so... I’m still not sure how to describe it: a film within a film? I’m keen to see if people can be taken into it and with it.”

Randl further explains: “The strange thing is when you have lost the project, you are alone and start all over again. I like working with people, so film gives me an opportunity to get together with them. Directing is perfect for me: I’m involved with people but there is also a distance.”

She is “currently working on various projects,” such as Schnick Schnack Schnuck (the German equivalent of Rock, Paper, Scissors) a comedy yet to be written. But Randl cites several more, one of which she envisages as a TV series, where two people, “Berlin types” move to the countryside in search of an ‘authentic’ life. “But there’s a lot of work to be done first,” she says.

László Csuja and Anna Nemes • Directors of Gentle
“We were inspired by the world of bodybuilding, a lot of which is about control”