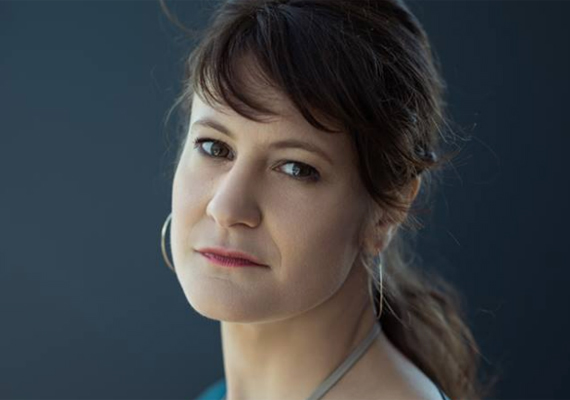 Cineuropa: This is a very brave film, and a highly personal one for you. What was the hardest thing for you about its production? How did it influence, or perhaps even change, you?
Anja Kofmel: If I learned anything during the making of Chris the Swiss, it is that in this story, nothing is just black and white. That goes for my interviewees as well as for Chris and myself. My research allowed me to get a glimpse into a brutal reality a far cry from anything else I knew before. I had moments when I was really afraid. At the same time, I felt a fascination for this gloomy world and realised that I’m also carrying some dark patches and negative potential inside of me – and that each of us probably does.

Chris the Swiss is the story of how certain forces trigger exactly these dark patches and misuse the population in order to increase their own power. It is the story of how war and brutality destroy people, families and societies, and about how little it takes to make a civilisation collapse, not only in the former Yugoslavia, but everywhere in the world. Peace is a precious but unstable condition, and we should take good care of it. I truly hope that through my film, this message can reach as many people as possible.

You come from an animation background, and you used it in a very creative way in this film. Can you tell us a bit about this process?
I realised quite early on that this story is full of conspiracy theories and dead ends, and that it could only be brought together by a subjective, personal approach. Animation is not limited by physical laws, so it's a powerful tool when it comes to topics such as war. It allowed me to find symbolic images for things I didn’t want to, or could not, show. Thanks to the drawings, the audience can follow the protagonists very closely, share their questions and doubts, and follow their gradual traumatisation throughout the film. On the other hand, documentary is able to capture human emotions. It offers the witnesses a platform so they can tell us their own version of the story. And finally, documentary footage keeps reminding us that all this really happened.

In Chris the Swiss, the animation represents the world of the past, the world of inner realities and possibilities. I think the black-and-white animation perfectly fits the themes of fading memory, personal fears, traumatisation and the nightmare of war.

How did you conceive and execute such a complex structure, with archive footage, interviews and animation?
We first shot the documentary footage, while we were doing research. I wrote the script based on this material and the archives that I had in mind. Then I added the interviews, voice-overs, and the animated, fictional part of the story.

The most challenging part of the production was the editing process, finding a balance between live action, archives and animation. I wanted to quickly have a rough structure for the film – just to make sure that we were on the right track and that I could greenlight the expensive animation sequences. But how can you find the structure and rhythm when half of the material is missing? We started editing with text panels and gradually replaced them with the storyboard, animatic and animation at different stages. And slowly, we gained control of the film. But to be honest, I didn’t know until the very last moment if what I had in mind would really work out.

There has been a lot of political controversy in Croatia about your film; would you like to comment on this?
To be honest, I am very tired of this issue. It makes me sad that my film is being misused for political purposes now, to silence free spirits and artists, and to harm the film industry in Croatia. In a democracy, it should be possible to talk about every topic, as long as the debate stays respectful and is based on the facts.

In my eyes, Chris the Swiss is not a film about the Yugoslav wars, and certainly not about the question of guilt. It is an anti-war film that shows what violence does to people; it is about how vulnerable our society is and how easily we can be manipulated by politics and through the media. Ironically, this is exactly what has been happening to us now. We have been in the press for over two years, without any of the journalists having seen the film nor approaching us for a statement. If you ask me, it is very important to openly talk about the past in order to never let such atrocities happen again.

Marie Nilsson • CEO, Mediavision
“It will be interesting to see what happens in the autumn/winter window”

Luis Apolinario • Distributor, Alambique
“We need to fix the market in the long term”

Dan Geva • Founder of The Ethics Lab, CILECT, Beit-Berl College
“Our students learn how to become professional and inspiring teachers of cinema”