09/07/2018 - KARLOVY VARY 2018: We chatted to Czech director-scriptwriter Beata Parkanová about the process of making her debut feature-length effort, Moments 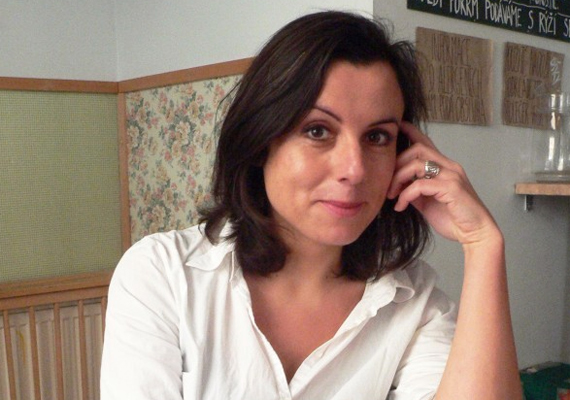 Czech scriptwriter Beata Parkanová, who co-wrote the family comedy Victoria Angel [+see also:
trailer
film profile], unveiled her first feature-length directorial effort, Moments [+see also:
trailer
interview: Beata Parkanová
interview: Beata Parkanová
film profile], in Karlovy Vary’s East of the West competition, having also written the movie. Cineuropa met up with the debuting filmmaker to discuss the episodic structure of the film and how she made it outside of the mainstream production environment.

Cineuropa: Allegedly, the script of Moments is partly autobiographical. Is that true?
Beata Parkanová: The script is based on my experiences when I was the same age as the main protagonist, in my early twenties, and I think emotionally I went through something similar to what she endures. Where the script becomes the most autobiographical is the emotional part, as I completely understand her feelings. Also, the submissive approach towards relationships is autobiographical.

Given the motif of the submissive protagonist, there are some similarities with Slávek Horák’s Home Care [+see also:
film review
trailer
interview: Slávek Horák
film profile]. Horák seemed to be inspired by the broader phenomenon of self-sacrificing women; is there anything like this behind your script?
When Slávek Horák was working on Home Care, I had already finished my script. I hope viewers will see the broader perspective of relationships and not solely the female perspective. Of course the main protagonist is submissive, but I hope the overarching theme of dysfunctional relationships prevails. I hope viewers will find more topics than just a submissive girl who is unable to set limits when it comes to those closest to her.

Was the episodic narrative structure in the script from the beginning?
I wrote the first “moment”, Grandmother, and it appeared in the final film slightly differently to how I originally wrote it. I was a FAMU student at the time, and I requested a grant to shoot the short film. I wanted to shoot to check whether – even though I was not explaining anything before or after, and I was just focusing intensively on a certain moment involving two characters – there would be a certain kind of authenticity and a parable in that situation. And there was. I was also attracted by the idea of creating a window into the main protagonist’s life from these moments, without making the writing overly explanatory. I wanted to make an intense insight that would double as a parable or an archetypal model of a relationship, and leave the rest up to the viewer.

The tone of the film veers towards melancholy. Is this something you wanted to work with?
The protagonist carries melancholy within her to a certain extent, but in the film, it is a sadness present in her heart, whether she is with her lover or in humorous situations. Nevertheless, I believe she has a more colourful emotional palette than just melancholy.

Several emerging domestic filmmakers have appeared on the scene with their feature debuts lately, and Karel Och has said that this is partly also down to a good director-producer combination. Would you agree?
I asked Viktor Tauš to be the producer, and he is very passionate when he likes something. He liked the script for Moments, so we decided to do it. It was a struggle – not between us, but we ran up against difficult circumstances because the script is unusual compared to domestic mainstream fare. However, I do not consider Moments to be that much of an arthouse title as to be incomprehensible in terms of the script. So it was very hard to get financing for the project. Viktor and I encountered a lot of misunderstanding along the way. The Czech Film Fund trusted in the project the most and supported it the most. It was hard to persuade the financial decision-makers that this kind of film was meaningful.

I suppose you are also working on other projects by now?
Correct: I have written my next feature script, Word, which I would like to direct, and the producer is Vojtech Frič, of I, Olga Hepnarova [+see also:
film review
trailer
making of
interview: Tomáš Weinreb, Petr Kazda
film profile]. This script is for me, but I have also written a screenplay for Viktor Tauš, Scream as Beautiful Song, which has already received production funding, and Viktor should begin shooting it next year.