"You can get lost in its idealism, almost as if it were a religion"

09/08/2018 - LOCARNO 2018: We met up with Swiss filmmaker Bettina Oberli on the occasion of the screening of her latest film, With the Wind, in the Piazza Grande 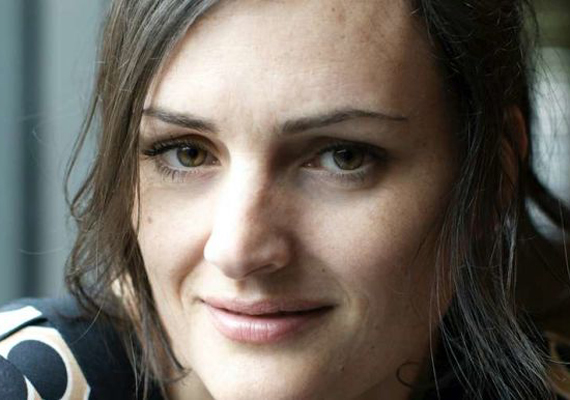 We met up with Swiss director Bettina Oberli on the occasion of the screening of her latest film, With the Wind [+see also:
film review
trailer
interview: Bettina Oberli
film profile], in the Piazza Grande at the Locarno Film Festival. Despite the joy that came with screening the world premiere of With the Wind in this majestic setting, which is perfectly suited to the theme of nature that runs through the film, the rain came along to spoil the party a little, something filmmakers choosing to screen their films in the Piazza often fear.

Cineuropa: You get a strong sense of the link between the characters and the landscape when watching your film. Why did you decide to set the film in Jura? What attracted you to that particular landscape?
Bettina Oberli: I chose Jura for visual reasons. I didn't want to make a film that would be associated with a particular region, I wanted to make a film that would be associated with certain images. The film takes place in a large and quite simple landscape, and you only tend to find those particular characteristics in the Canton of Jura in Switzerland. Jura sits on a plateau, which is quite unusual because normally Swiss landscapes are more alpine in nature. When I imagined what the film would look like, I imagined that landscape.

How did you work with the actors in relation to the landscape? Did you start with a specific idea about how you were going to construct the shots, or did you have to see the actor in the surroundings first?
We knew from the offset that we wanted to shoot a lot of scenes outside, because the characters work outside most of the time. They are already naturally united with the landscape. We didn’t want to treat nature itself as if it were a character, we wanted to integrate the actors into the surroundings.

What can you tell us about the mysticism that inhabits the film?
I believe that ideals always have a religious side. These people really believe in something. It's not God per se, but their project is focused on living in respect of nature and animals, and also trying to improve and fix things to save the planet. I believe in it. Perhaps the mysticism of the film comes from there. You can get lost in its idealism, as if it were a religion.

Why did you choose Mélanie Thierry for the main role? How do you work with the actors? Are you more directive or collaborative?
I chose Mélanie because I saw her in A Decent Man [+see also:
trailer
film profile] by Emmanuel Finkiel where she plays a very simple woman, a saleswoman in a furniture store. And I thought she was a real saleswoman. It's very difficult to play simple characters, but I thought she was excellent, very natural. I didn’t want an actress who was too obvious, but I also didn’t want to cast a real countrywoman either. I think Melanie has a radiant side, although she can also be very hard, strong, stubborn, and that mix intrigued me.

You have shot films in German and French and the plurality of languages ​​is very present in With the Wind. What did you hope to bring to the film with this multitude of languages ​​and accents?
It's important because it's a contemporary film. To really improve the ecological situation, I think we have to open up ourselves up a little. We’re not going to save the planet by building our own ecologically independent little lives. It doesn't work like that. We must open up and think more globally. There are of course German Swiss filmmakers who shoot in French and vice versa, but it's rare to do so and we should recognise it more. There is still a gap between the languages ​​and cultures in Switzerland. But it's beautiful at the same time, I made a Swiss film in the French language. Our four languages give us a lot of freedom.

Choosing the character played by Nuno Lopes was the most difficult thing to do because of the consequences that this choice would have on the film. The lover needed to be beautiful, but not too much so, accessible but not too much so, he is an object of desire. And it helped me a lot when we opted for a foreign actor.

Jonas Poher Rasmussen • Director of Flee
“I didn’t intend to do a refugee story; I wanted to do a story about my friend”

Peggy Johnson  • Executive Director, The Loft Cinema
“We have open doors to any films and no limitations”

Sinje Köhler  • Director of Viva Forever
“Real friendships have a solid base that won't alter with age, something that stays forever”